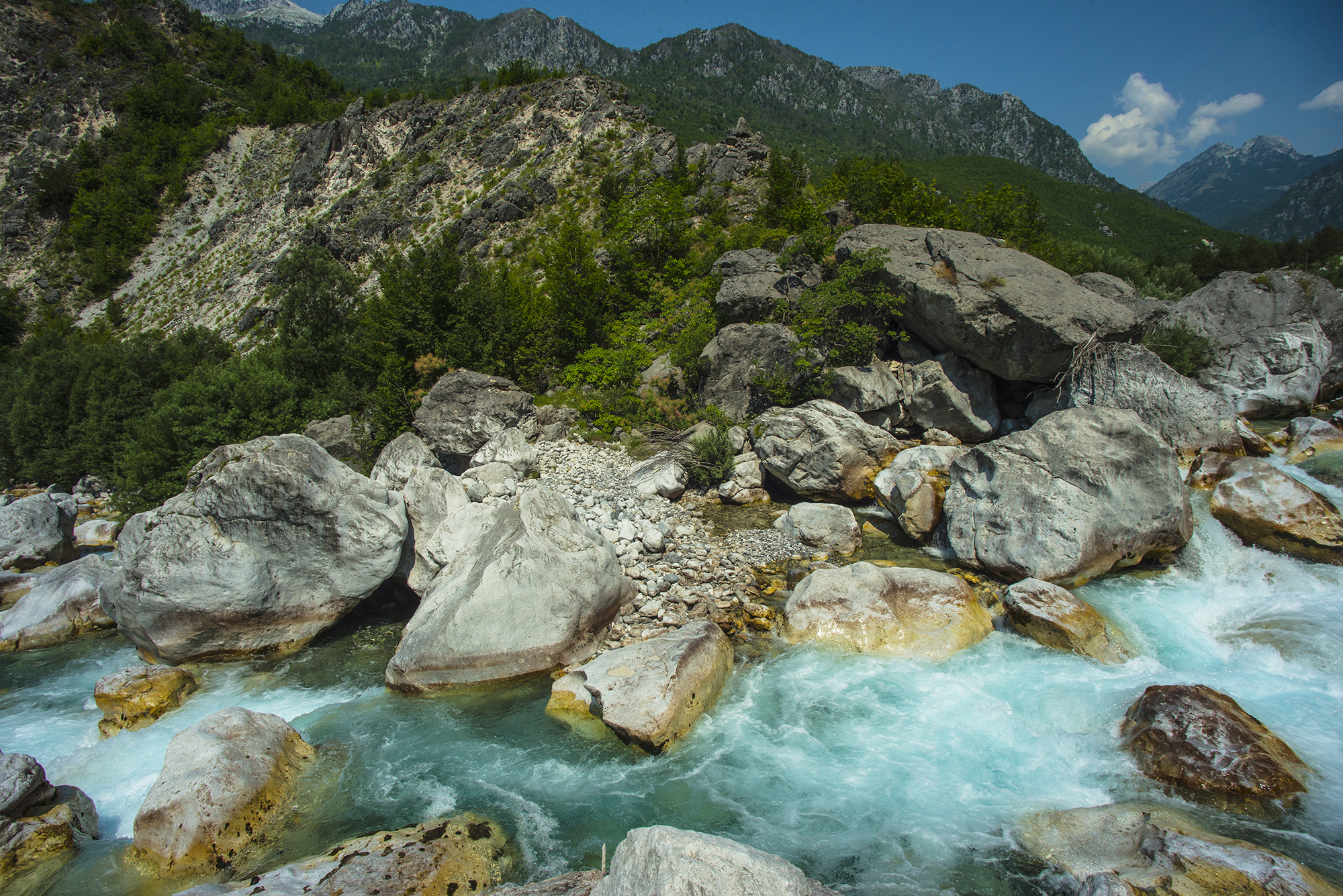 A research group led by fellows from the Centre for Ecological Research created a comprehensive analysis on the freshwater biodiversity of Europe. They prioritised water catchments based on the conservation value of the species living there. They found that most of the catchments with high conservation priority are located in the Mediterranean Peninsulas but Hungary is also in the top. The study was published in the journal PLOS ONE.

Although freshwaters cover only one percent of the Earth’s surface they host ten percent of the known species. Freshwater ecosystems provide many ecosystem services such as food production, carbon sequestration or water purification. At the same time, freshwater biodiversity declines much faster than terrestrial and marine biodiversity due to habitat destruction, hydromorphological alteration, hydropower construction, pollution or climate change. These processes are further aggravated with the phenomenon that freshwaters are less involved in protected area designation.

For the more efficient protection of freshwater biodiversity, an international research group led by fellows from the Centre for Ecological Research created a comprehensive analysis ranking water catchments by their priority level. They also investigated priority values in the light of spatial protectedness. They used 18816 freshwater catchments as planning units in the analysis and summed the number of species living in them based on the database of the International Union for the Conservation of Nature (IUCN). There were 512 fish, 656 mollusc, 124 dragonfly and 339 plant, namely a total of 1631 species used in the study. The species were ranked differently based on their IUCN Red List Status and range-restrictedness.

The researchers used methods from the area of systematic conservation planning (SCP). The reason for SCP is to give a scientifically sound basis for the designation of protected areas. One important part of this process is spatial conservation prioritisation where planning units, such as standard sized cells or water catchments are prioritised based on their conservation or other socio-economic importance. In the dawn of nature conservation most of the protected areas were created in scenic, but otherwise hardly cultivatable places such as the World’s first national park, the Yellowstone, or Hungary’s first national park, Hortobágy. In recent times the focus shifted towards the conservation value of species and ecosystems and it is possible to prioritise a large set of planning units with algorythms. One such example is Marxan which was developed to help the rezoning the Great Barrier Reef National Park in Australia. This method is also useful in the validation of existing protected areas.

In this analysis the researchers also used Marxan to prioritise catchments in Europe. They revealed that higher priority values are occuring in the Mediterranean Peninsulas and as well as along major rivers, such as the Danube, while values are decreasing towards north. They also investigated priorities with the involvement of catchment connectivity. In river conservation it is important to give emphasis on connectivity as different influences and threats can react elsewhere from its source due to the connectedness of river sections. They found that although it is important to involve river connectivity it may follows a decreased attention towards lakes and lake species when there is a limited possibility for conservation. When they analysed the relation between areal protection and priorities they found that correspondence is good in Western and Northern Europe mostly due to the Natura 2000 network in the European Union. In contrast, protection level is low in the Non-EU states in the Balkan Peninsula and large parts in the Ukraine and Russia.

Fig 1: Conservation priority of catchments in Europe without connectivity (A) and with connectivity (B). Catchments with orange are more valuable while with grey are less valuable. 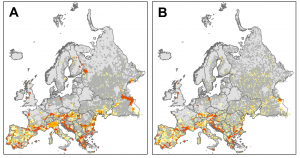 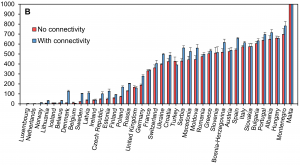 Fig 3: Correspondence between the priority of catchments and their protectedness without connectivity (A) and with connectivity (B).