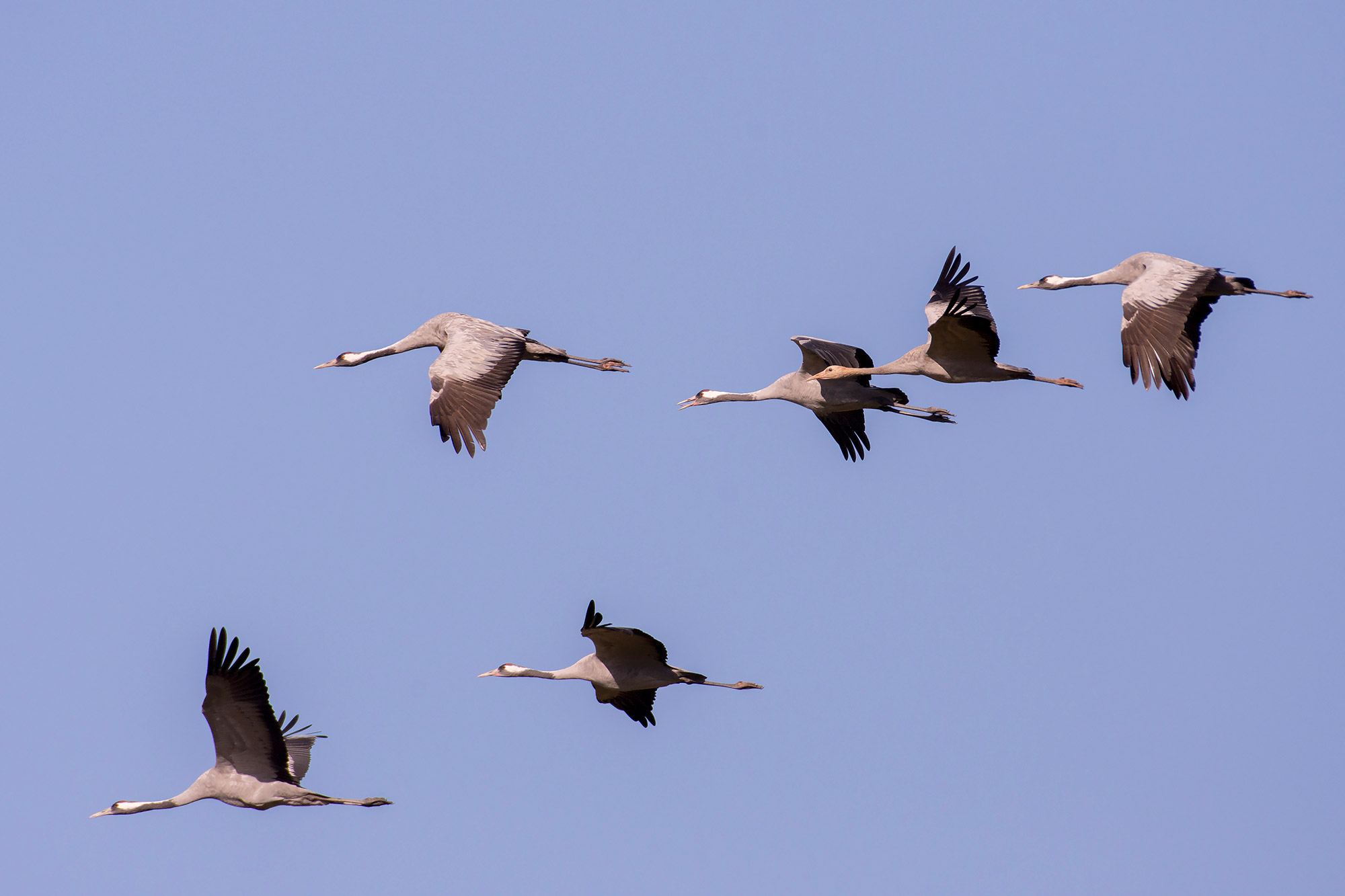 Ecosystem engineer organisms alter the local environmental conditions and resource distribution in a way that they create and maintain habitats or microhabitats for other organisms. The engineered patches are characterised by different structure and functioning compared to the surrounding habitats. Well-known ecosystem engineers include corals that create reef habitats or beavers that literally engineer whole landscapes. Among birds, woodpeckers are well-known engineers that create nesting places for many other birds. In grasslands, the ecosystem engineering effect of birds has been largely unknown. Members of the CER IEB ‘Lendület’ Seed Ecology Research Group studied this interesting phenomenon and published their results recently in the journal Land Degradation and Development.

They studied a large, iconic bird species, the Eurasian crane (Grus grus) which is a protected species across Europe. The global crane population – thanks to the conservation efforts, wetland restoration projects and to the ability of cranes to coexist with intensive agricultural practices –shows a growing trend. Because of this population increase, it is possible that the effects of cranes on natural ecosystems will also amplify, that is why it is timely and important to evaluate the effects of this large bird on the grassland ecosystems.
Hungary is an important stopover area during the migration of cranes. During autumn, 100,000 – 160,000 birds spend a few weeks in the lowland areas of East-Hungary. Cranes are usually foraging on maize stubbles on crop residue, but regularly visit grasslands where they forage on invertebrates. In grasslands they perform a special feeding habit called ‘crane-ploughing’: they heavily disturb the soil surface with their bill and remove the vegetation. The disturbed surface resembles to a ploughed area and their size range from a few square metres to a few hectares. These are characteristic landmarks in Hungarian alkaline grasslands, but until this recently published study, their ecological function was unknown.

There were important trade-offs between the positive and negative effects of the foraging activity of cranes on different structural and functional components of the ecosystems. The abundance and species richness of insect-pollinated plants increased on the disturbed patches which suggests that these areas offer important nectar sources for pollinators in the otherwise grass-dominated habitat. The early sprouting vegetation on the disturbed patches probably provides important forage source for the livestock early in the season, but in the dry summer period the forage quality value decreases considerably.

The study showed that foraging cranes have a fundamental effect on the structure and functioning of alkaline grassland ecosystems, by creating patches with altered vegetation composition and ecosystem functioning. This impressive ecosystem engineering is the result of a few-week long foraging, and even though the disturbance is temporal, its effect may last for many years.